Programs in International Justice and Society

Briand holds a bachelor's degree in history from Boston College and a master's in American studies from Columbia University, where his research concerned the roots and consequences of the extension of state power in 20th-century United States, most notably in the dramatic rise in mass incarceration of people of color during the "War on Drugs" and in the U.S. government's foreign and domestic policies of detainment during the War on Terror." Prior to joining the Columbia Center, he was program director for WZBC-FM in Newton, Massachusetts. 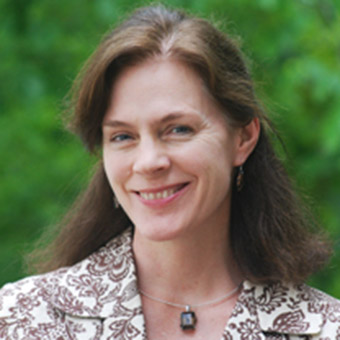 Swigart is the coauthor, with center Director Emeritus Daniel Terris and Cesare Romano, of "The International Judge: An Introduction to the Men and Women Who Decide the World's Cases" (2007, Brandeis University Press and Oxford University Press).

Her academic work and publications have focused on the challenges of language diversity in international criminal courts and tribunals; language use in postcolonial Africa; and African immigration and refugee resettlement in the United States. Her current research focuses on how the International Criminal Court is managing the challenges associated with accommodating African-language speakers in its investigations, in the courtroom and in its outreach programming to affected regions and victims.

Swigart has wide experience in international education, including tenure as director of the West African Research Center in Dakar, Senegal. Holding a doctorate in sociocultural anthropology from the University of Washington, Swigart is a two-time Fulbright Scholar and recipient of the Wenner-Gren Foundation Fellowship for Anthropological Research. A list of her publications may be found at the ResearchGate website.