Between England’s “Glorious Revolution” of 1688 and France’s “Trois Glorieuses” of 1830, a series of seismic political upheavals remade Europe and the Americas, with reverberations reaching to Africa, South Asia, and the Pacific. 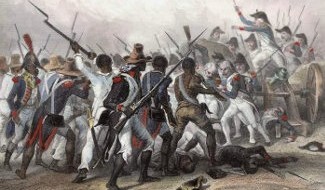 Focusing centrally on the American, French, and Haitian revolutions, this seminar explores, within an interdisciplinary framework, the multifaceted contours both of the era itself and of its vast scholarly and public aftermath. Drawing scholars of history, literature, art, philosophy, and political science as both speakers and participants, the seminar will also examine the particularities of framing this inquiry in the early twenty-first century, when the nation-state is arguably even less stable than it was during the revolutionary age that called it forth. Today’s emergent understandings of revolution, both on the page and in the street, open unexpected ways to think about this cataclysmic segment of the global past.

Our approach to the study of revolution is comparative, transnational, and prismatic, mirroring the dynamics of the age itself. Drawing on the extensive corpus of primary sources as well as on cutting-edge scholarship in several fields, we center our inquiry on three revolutions that share temporal and causal connections—the American (1776–1783), the French (1789–1799), and the Haitian (1791–1804)—framed by the revolutions that came before them and those that followed in their wake. The seminar will explore and align the features of these multiple revolutions that together launched a new age, recognizing the web of economic, philosophic, political and interpersonal connections that tied them to each other. American insurgents called on the English revolutionary past, for example. The French built upon and departed from the American case, with dramatic consequences for the politics of the young United States. Haitian revolutionaries extended the French mandate by overturning the racial caste system that survived the onslaught of enlightenment. Throughout these struggles, economic factors in one polity affected the course of revolution in others, while individual activists crossed the Atlantic to play a role in more than one national movement.

Indeed, one of the chief rationales for the seminar is that these movements so often catalyzed one another, with unintended consequences that can only be understood through a transnational lens. None of the revolutionary movements ran an independent course; each was embedded in high-minded principles and high-stakes violence, in contesting notions of human rights and contesting claims on personal loyalty, in the exhilaration and devastation of new ways and worlds. The dynamics of all three revolutions also bear comparison on subjects as diverse as scientific invention, public surveillance, and republican iconography. Extending our reach to embrace nineteenth-century revolutions that followed, in places as far-flung as Greece and Argentina allows us to consider the ways in which the age of revolution created a global politics and opens the American/French/ Haitian nexus to still wider and potentially paradigm-shifting comparisons.

At the same time, our comparative approach recognizes salient differences among these revolutionary movements and their consequences. We do not seek here to rehearse the good revolution/bad revolution binary forged in the period itself that has raged, mutatis mutandis, in subsequent historiography. Rather, we ask how each revolution responded to specific (sometimes shared and sometimes separate) challenges—for example, the political status of women, or the relationship of (former) colonies with the “mother” country. We also explore the complex ways in which each movement sought to shape its own representational paradigms, often in comparison or contrast to the others but always within the material specificities of its own place and placement. We do not aim to amalgamate discrete if interlinked revolutions into a single typology of Revolution; rather, we hope to dismantle both the social-scientific generalizations and the heroic singularities that have led to unfaithful accounts. Because these revolutions continue to be studied individually as (and often within) ongoing national projects, we also hope to raise, with respect to a particular revolution, questions that might previously have been asked only of a different one, thus shedding new light on complex histories that too often are treated as origin stories.

Within the national histories of the United States and France, the revolutions of 1776 and 1789 long ago became topics so hackneyed and so mired in the politics of the present that scholarly attention shifted elsewhere. And until the current century, Haiti’s anticolonial movement was dismissed as a slave uprising and thereby written out of the histories of both nationalism and revolution. But in recent years, a sea change has occurred, quite literally, as scholars have begun to explore the early modern Atlantic as a connected zone of interaction and inquiry. Scholars of the period have focused increasingly on longue durée processes that cross national lines: migrations, commodity flows, discourses of rights and of sympathy, and the related histories of colonization, dispossession, slavery, and abolition. This work, in turn, has injected new momentum into the study of the age of revolution in Atlantic perspective. Especially since the Haitian bicentennial in 2004, an emerging scholarly paradigm in both the United States and Europe has begun to treat the American, French, and Haitian revolutions in comparative and synthetic ways. Through its global and chronological reach, our seminar seeks to advance and augment this incipient scholarly project.

Our seminar takes the emergent “Age of Revolution” paradigm in several new directions, extending its reach across time, space, subject, and discipline. We look backward from the era that remains our central focus, exploring Enlightenment ideas of nature, rights, and social contract and their incarnation in both large national events and small utopian experiments. We look forward as well, attending to global movements in the early nineteenth century and to later refractions of revolution from the European watershed of 1848 through the Bolshevik and Chinese revolutions, all of which took some impetus from the earlier revolutionary age. We interrogate our own time, and expect to find a story as much of rupture as of connection between twenty-first and eighteenth-century revolutions. If the student movements of 1968 and the bicentennials of 1976 and 1989 still seemed closely tied to their antecedents and were represented as such, can we take these connections for granted in the age of “informatics”? Is there any meaningful relationship between the Atlantic revolutions and, say, the Arab Spring or the unfolding “Occupy” movement? What might the Republic of Letters teach the age of social networking, and vice versa? In exploring the viability of such connections, we seek to build a nuanced dialogue between past and present, avoiding the narrow “originalism” that infects contemporary American law and politics, and the crude caricatures of “relevance” that management science seeks to impose on humanistic inquiry. The present moment demands cogent analysis of the future, and future implications, of the nation-state, democracy, and human rights. What better place to begin than in the era of their contested origins?

We seek to broaden the map as well as stretch the timeline of the age of revolution. Here Haiti, the South Atlantic slave system, and the global diaspora of loyalists after Britain’s loss of America in 1783 are crucial. We will also explore the ebbs and flows of French politics between 1799 and the 1830s, the provisions and recisions of abolition, and both the small resistances and large independence movements that proliferated in Europe, the Caribbean, the Middle East and especially Spanish America during and after the Napoleonic age. In extending the geography of interest, we also ask how the age of revolution created “global imaginaries” that rewrote the values and visions of the American, French, and Haitian experiences into new settings and discourses, creating dissonances as well as continuities in the contours of revolution in its planetary travels.

Perhaps the proposed seminar’s most innovative feature, however, is neither its temporal nor its geographical but its disciplinary reach. As we create a topical template for studying revolution that is as far-reaching as the age of revolution itself, we seek to restore the central place of the event (broadly defined) to literary studies and, at the same time, to insist upon the constitutive power of culture in history. Our definition of culture will be capacious: in addition to a wide range of textual and visual materials, we will explore music, objects, dress, and ritual. Indeed, we take for our sphere of interest the range of human sciences and practices that are implicated in revolution: imaginative works ranging from music and art to fiction and poetry, public and private records, scientific and economic experiments, new normative standards, and regulative interventions in everyday life. We recognize the representation of revolution as a broad, continuous, and collective project that implicates artists, writers, journalists, politicians, memoirists, and scholars in every field. And we hold that the age of revolution reshaped, to a greater or lesser degree and with more or less lasting impact, that same range of cultural and social practices. Our hope, in the end, is to model an interdisciplinary historiography for Atlantic revolution writ large.

We have organized each session to reflect the integrative project of the whole: that is, to consider all three of the central revolutions as well as their philosophical, political, and economic antecedents and afterlives. Treating these movements in tandem rather than as separate events will allow the seminar to acknowledge parallel effects and shared limitations while also recognizing the differential and distinctive qualities of each.

Our large canvas is made manageable by the discrete focus of individual sessions linked by their weave of thematic threads. One dominant thread, clearly, is the comparative emphasis itself, with its attention to shifting temporalities and geographies, cross-fertilization across national borders, and on-the-ground differences. Our subtitle points to other threads: first, a concern with shifting understandings of rights, their limitations as defined by their putative beneficiaries, and the ways in which this lofty language of rights played out within the contours of a given revolutionary practice. We ask too how the radical logic of rights that arguably underlies revolutionary theory is deployed in representations across genres and media, time and place. Along with these threads, we weave a consistent attention to the diverse and sometimes conflicting ways in which different disciplines (history, political science, philosophy, literature, art history, sociology, psychology) have constructed the age of revolution. This interdisciplinary commitment should allow us to advance the discourse of scholarship through close attention to “sticking points”: interpretive blindspots that recur in revolutionary events, in their representation, or in scholarship itself—and often in all three—and that stand as sites of impasse for both scholars and citizens. Our interdisciplinary and cross-national approach, refracted through twenty-first-century perspectives in a collective academic conversation, may enable us to push beyond these repetitive practices—for example in confronting revolutionary violence, in characterizing individual figures, in positing class-related causes and effects of revolution, in making sense of the shared outcomes for women’s rights—to suggest new questions as well as new methods for approaching them.

Roughly speaking, we see the first semester as a gathering of knowledge and perspectives, emphasizing the advances and contributions of each revolution and of the age itself, in a way that allows us to devote the second semester to deeper questions of critique and new directions for scholarship. Both emphases will thread through the entire year, of course, but as we build collective understandings we will be increasingly able to address thorny problems, explore limit cases, and grapple with sticking points. 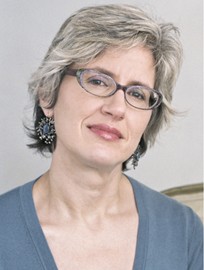 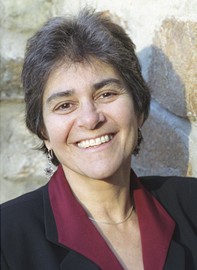 Professor of Comparative Literature, English, and Women's and Gender Studies