Department of German, Russian and Asian Languages and Literature

You can learn Chinese FOUR times faster than the national standard at Brandeis! From 0 to Working Language, only 4 years! Click the flyer for course details.

RECS 152A ​- ​Russian Science Fiction Literature and Film (NEW)
Examines the Russian science fiction tradition in the context of philosophical, historical, and political developments, with attention to topics such as futurism, science and technology, the perfectibility of humanity, the nature of time, the proximity of the unknown, and otherness.

RECS 154A ​- ​The Art of Vladimir Nabokov
A concentrated study of Vladimir Nabokov, the most noted Russian author living in emigration and one of the most influential novelists of the twentieth century. Focuses on the major Russian- and English-language novels. Open to all students. Conducted in English. Readings in English.

JAPN 125B ​- ​Putting Away Childish Things: Coming of Age in Modern Japanese Literature and Film
Explores the ways in which modern Japanese writers and filmmakers have represented childhood, youth, and coming of age. A variety of short stories, novels, and memoirs from the 1890s to the present day are read, and several recent films are also screened.

JAPN 145A ​- ​The World of Classical Japanese Literature
A survey of some of the most important works of Japanese literature from its origins to the late sixteenth century, including a wide range of genres: fiction, essays, travelogues, poetry, and drama. All readings are in English.

CHIN 100A ​- ​Introduction to Chinese Literature: Desire and Form

RUS 10A - Beginning Russian I
For students who have had no previous study of Russian. The four-skills (listening, speaking, reading and writing) introduction to the Russian language with the focus on developing oral proficiency early on. A systematic presentation of the basic grammar and vocabulary of the language within the context of Russian culture.

Investigates the experience of refugees and immigrants in present-day Germany and discusses processes of social transformation. Through fictional and non-fictional texts and film, we gain an understanding of their cultural, economic, political and artistic contributions and of cross-cultural collaborations.

The GRALL department calendar includes department-wide events, as well as program-specific events for the each program. Add us to your Google calendar.

Alexander Herbert is a PhD candidate in the history department at Brandeis University focusing on the history of the late Soviet Union. His research interests include environmentalism, youth culture, macabre film, music, and politics toward the end of the socialist experiment. He is a veteran vegan, self-ascribed environmentalist, occasional musician, opportunistic freelance writer and translator, and fan of beet and pickle pizza.
The presentation will chronicle the history of punk rock in Russia from its earliest manifestation in 1978 to its current standing. It looks at how punk entered the Soviet Union and managed to persist despite the cultural police, how it struggled for definition in the 1990s, and how punks formed Antifa, animal rights, and feminist groups to help carve out safe spaces in an otherwise conservative country. Please join Alexander for a presentation, a chance to listen to some music, and a discussion.

Make Your Own Cheburashka 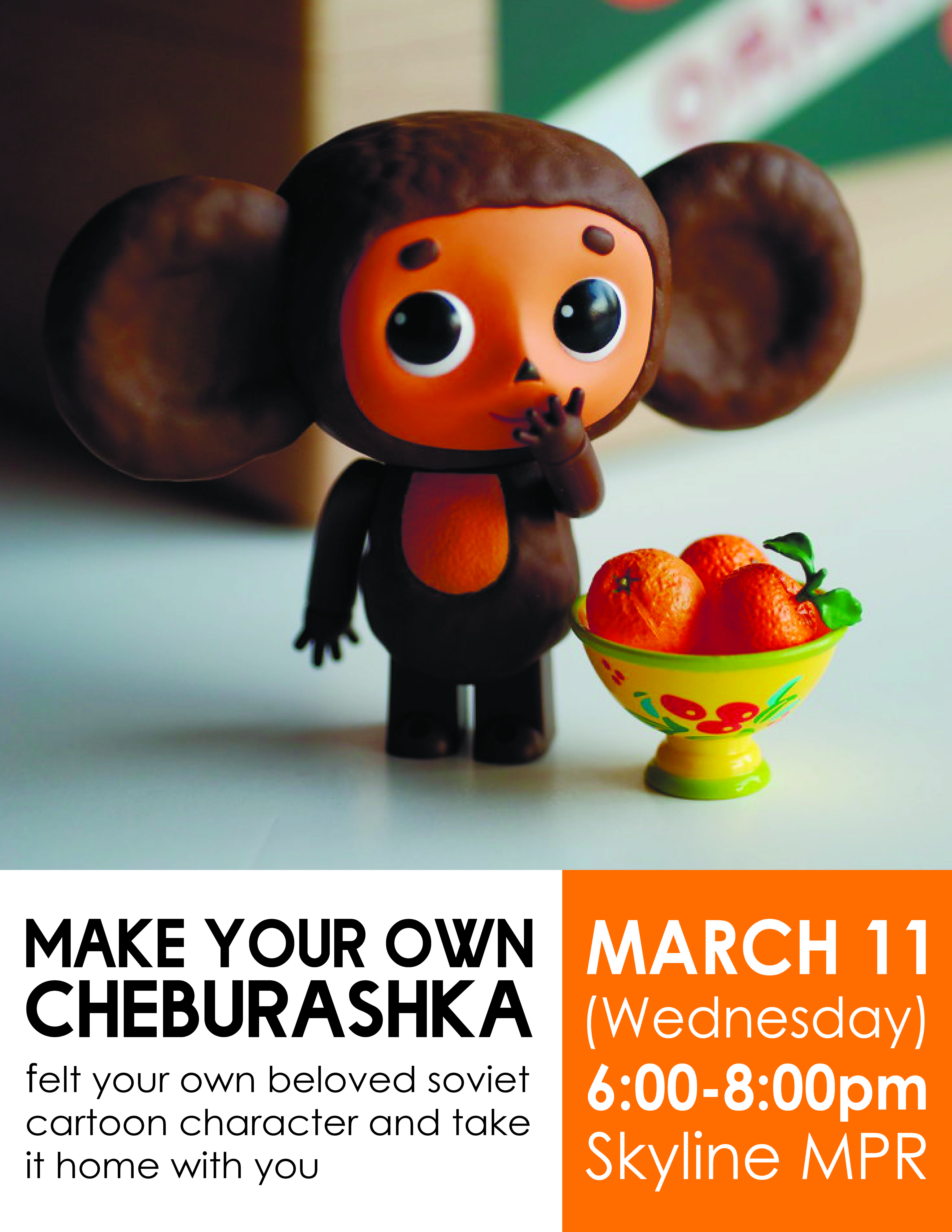 Wednesday, March 11
6:00 - 8:00 pm
Skyline MPR
Craft your very own Cheburashka, a beloved Russian/Soviet cartoon character. You keep whatever version of Cheburashka you make! 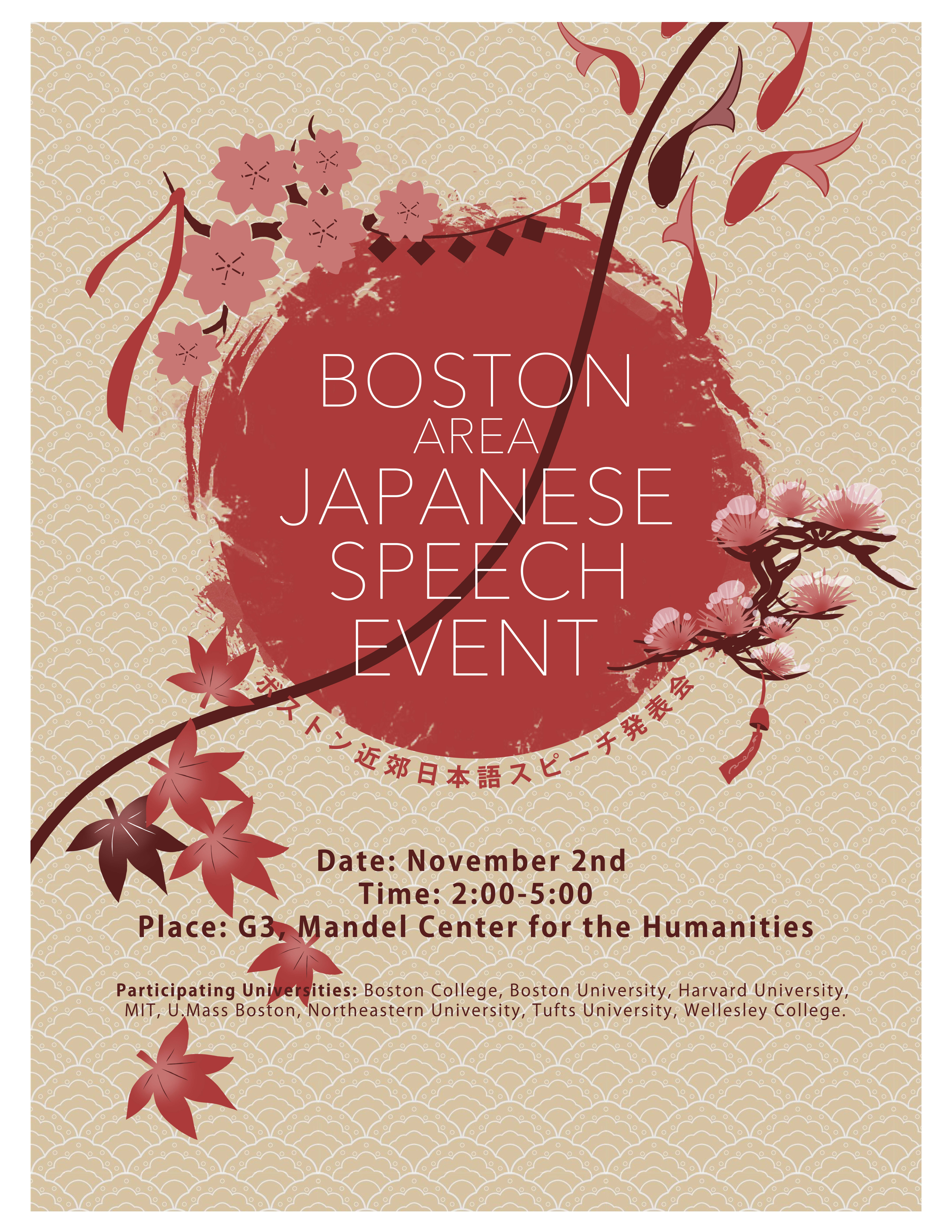 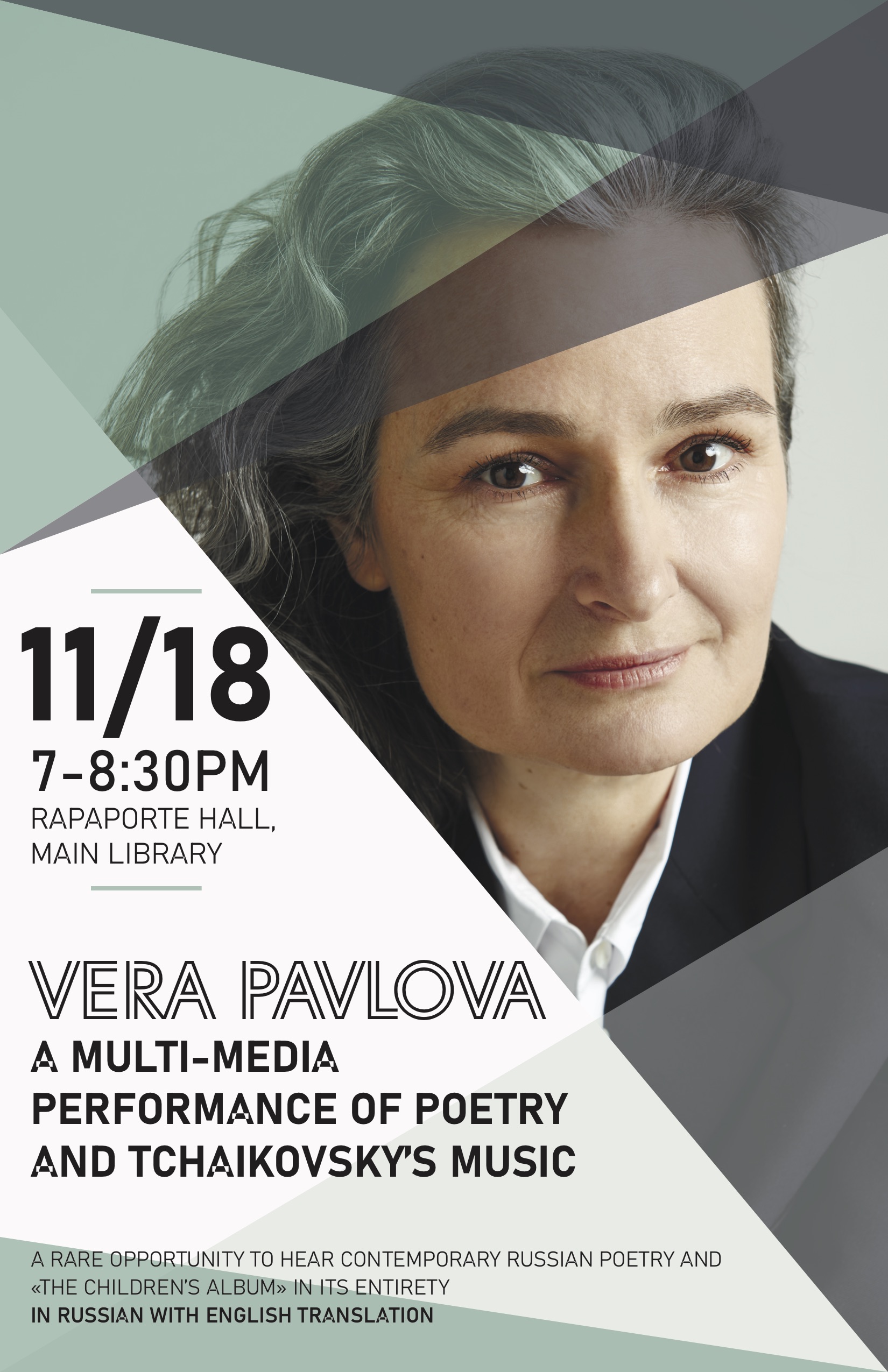 An Evening with Vera Pavlova: A Multi-Media Performance of Poetry and Tchaikovsky's Music

Vera Pavlova presents A Multi-Media Performance of Poetry and Tchaikovsky's Music. She will perform her work, "The Children's Album", set to the music by Tchaikovsky.

Kaffeestunde
Every other Thursday from 2-3 p.m. in Shiffman 121

Chinese Language Table
Every Wednesday from 5:45-7 p.m. in Upper Usdan (when classes are in session)

Japanese Language Table
Every Friday from 2-3 p.m. in Shiffman 121 (when classes are in session)

Kaffeestunde
Every other Wednesday from 2-3 p.m. in Shiffman 121

Korean Language Table
Every Friday from 4-5 p.m. in Shiffman 121 (when classes are in session)

German Table (Kaffeestunde)
Every other Wednesday from 2 - 3 p.m. in Shiffman 124

Japanese Table
Every Friday from 3 - 4 p.m. in Shiffman 124 (when classes are in session)

I Am Global Week Language Lunch

"Fame and Fortune: On Writing a New Life of Tchaikovsky"

Featuring Philip Ross Bullock, Professor of Russian Literature and Music at the University of Oxford and Fellow of Wadham College

"The Other Stories in Anna Karenina: A Translator's Perspective"

Conference: The Many Dimensions of Herbert Marcuse