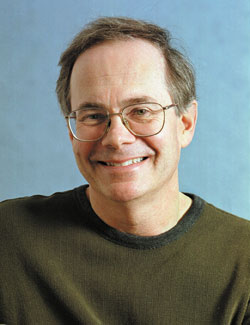 Professor of Biochemistry and Chemistry Emeritus

My research is concerned with the three-dimensional structures of proteins and their biochemical functions. Most of my work is done in collaboration with Prof. Dagmar Ringe; we share facilities, students, and a number of projects. The tools used by our group are X-ray crystallography, molecular biology (especially site-directed mutagenesis), yeast genetics, organic synthesis, enzyme kinetics and molecular dynamics calculations. These methods are being applied to several general problems; the ones I am most involved with include: the structural basis for efficient enzymic catalysis of proton and hydride transfer; the role of the metal ions in bridged bimetalloenzyme active sites; direct visualization of proteins in action by time-resolved protein crystallography; the evolution of new enzyme activities from old ones; and the biology of the quiescent state in eukaryotic cells. 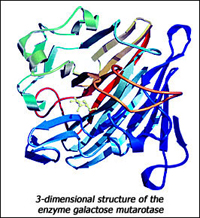 In some of these projects, we are trying to understand the structural basis for the catalytic power of the enzymes triose phosphate isomerase, xylose isomerase, mandelate racemase, aminopeptidase, mutarotase and ketosteroid isomerase. For all of them, structural information is being used to guide site-directed mutagenesis of the active site residues and combined quantum mechanics/molecular mechanics simulations of the catalytic reaction.

Protein crystallography is normally a static tool and cannot be used to follow biological reactions in real time. We have been involved in the development of new diffraction techniques, including Laue diffraction, that are capable of recording entire protein crystal data sets in a millisecond. When combined with low-temperature techniques, such methods can be used to determine the structures of catalytic intermediates.

A new area of research in the laboratory is the use of yeast genetics and biochemical techniques to study the quiscent state of eukaryotic cells. We have recently shown that cells arrest their cell cycle in G1 and then exit to the G0 state when unfolded proteins accumulate in the cytoplasm. Accompanying these cell cycle changes is a global shutdown in ribosomal protein expression. This process is partly under control of the heat shock transcription factor HSF. Another project that uses yeast genetics and molecular biology is our attempt to design a new metabolic pathway that will allow yeast to grow on lactonitrile or lactamide as sole carbon sources. The enzymes in this new pathway are being engineered from enzymes of the mandelonitrile pathway in bacteria by a combination of structure-directed and random mutagenesis.