Every summer, HBI welcomes interns from across the country and world who complete original research related to the HBI mission of fresh thinking about Jews and gender worldwide and support the work of scholars affiliated with HBI and Brandeis.

During the eight-week program, the interns also attend educational lunch sessions with scholars, visit Jewish sites of interest in the Greater Boston area including Mayyim Hayyim, and a walking tour of Jewish Boston. 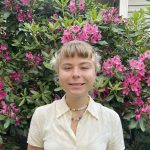 Shanie Kalikow (she/her/hers) is a rising senior at Pitzer College where she is studying religion with a focus on gender and politics. She is passionate about social justice, mutual aid and direct action that hopes to establish voluntary and reciprocal sharing of resources within communities for the shared good. She is also active in organizing her school’s abolitionist collective, which works towards achieving justice for incarcerated people, and doing other community organizing work. Kalikow will be assisting Dr. Jillian Stinchcomb, the Florence Levy Kay Postdoctoral Fellow in the Near Eastern and Judaic Studies Department at Brandeis University, to continue her research on biblical accounts of the Queen of Sheba and how she is remembered from Jewish, Christian and Muslim perspectives. Kalikow’s independent project will be studying universalist and particularist tendencies in ideas of Jewish Liberation, using the Exodus story as a guiding framework to examine the prospects of Jewish “liberation” in 20th century America. Through this research, Kalikow hopes to gain a better understanding of liberation theory and to learn more about academia and the research process. She also plans to integrate what she has learned in HBI into her abolition work.

Noa Kipnis (she/her/hers) is a rising junior at the University of Virginia studying Political and Social Thought looking at the intersection between politics, history and other fields of study. She is passionate about talking and learning about political and social issues, particularly on the international level. Kipnis will be assisting HBI Director Dr. Lisa Joffe as she conducts research on a 2015 law in the UK that prevents coercive behavior between partners and how it can be used on behalf of agunot. Kipnis is excited to use this opportunity to learn how to do legal research. She is also passionate about advocating for inclusion within the Jewish community, and to that end, she will be conducting an ethnographic study on the inclusion of Jews of Color in campus Hillels in Southern schools. Kipnis looks forward to conducting research under Dr. Joffe and the opportunity to study Judaism as a culture and its intersections with political and social issues today. 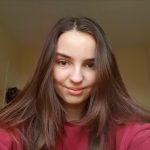 Victoria Lisek (she/her/hers) is in her final year of a three-year program at University College London where she pursues a degree in Hebrew and Jewish studies. Lisek hopes to become an academic someday and sees her summer at HBI as the perfect opportunity to be surrounded by scholars and to do original research into a topic not covered by her degree. For her independent research project, Lisek will delve into the representation of the self and self-care among Orthodox women as a case study on the integration of secular cultures or concepts in Orthodox Jewish communities. She hopes that this research can shed light on the different ways that religious and secular communities interact with the “self.” She is also grateful for the opportunity to assist HBI Director Dr. Lisa Fishbayn Joffe in her comparative study of Orthodox Jewish schools in the US and UK. This study will examine the extent to which schools comply with legal education standards, as well as considering gender’s role as an influence in compliance. Lisek looks forward to the prospect of being able to collaborate with and learn from the numerous other passionate scholars and interns this summer. 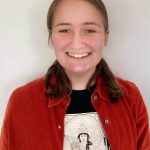 Nesya Nelkin (She/her/hers) is a rising senior at Brown University studying history and Judaic Studies. She has wanted to do research at HBI since she took a class on gender at Brandeis one summer during high school. Nelkin is passionate about gender and Jewish studies and is looking forward to being surrounded by other students and scholars in the field. She is excited to develop her research skills while assisting Brandeis Judaica Librarian, Dr. Rachel Greenblatt as she compiles a source list of non-male Torah voices. Nelkin and Dr. Greenblatt hope that this source list can be an important step to addressing the lack of these voices in the field of rabbinic study in the past. For her own research, Nelkin will be completing one part of a larger project, focusing on women’s synagogues in late medieval Ashkenaz this summer. 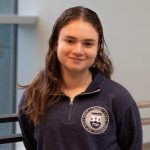 Hannah O’Koon (she/her/hers) is a rising senior at Brandeis University majoring in English. This summer she is excited to start work on her research which she will continue for the rest of the academic year. O’Koon’s independent project this summer will investigate the Kindertransport Kinder who came from Germany to Manchester through the lens of food, specifically the gendered relationship to food. O’Koon believes that food is an important agent through which the grief and trauma of being forced to leave home can be understood. In the same vein, O’Koon will be continuing her work from the last few semesters in assisting Brandeis Professor ChaeRan Freeze to create a compilation of primary sources regarding Jewish food traditions and practices from early Rabbinical times to modern times all understood within its relationship to gender. O’Koon is excited to expand her research into Jewish food this summer and hopes that this continues to illuminate Jewish people’s past, present, and future.

Paige Plucker (she/her/hers) is a rising junior at Georgetown University studying Theology with a minor in Jewish civilization. Plucker, who lives in Memphis, Tennessee, often uses letter writing as a tool to maintain connections with those in her life. For her project, she plans to conduct a case study on Orthodox women living in Memphis, specifically their view and observance of modesty. Plucker notes that despite Memphis having one of the largest Jewish communities in the South, it is at times overlooked and merits more study. As Plucker converts to Judaism, she hopes that this project will help her learn more about and also develop a strong relationship with this unique Southern Jewish community.  She will also be assisting Northeastern University Professor Emerita, Debra Kaufman in revisiting and updating her work on the post-Holocaust identities of Orthodox women. Plucker looks forward to using this summer to explore her interests within Judaism, while also improving her research skills by working under the mentorship of respected academics.

Bella Ryb (she/her/hers) graduated from Georgetown University with a double major in English and government and a minor in theology, and will be attending Stanford Law in the fall. Ryb is very involved in political organizing and is also an avid equestrian. At HBI, she hopes to use this summer to engage with her interest in Jewish studies and theology. Ryb will assist Dr. Alex Kaye, Assistant Professor of Israel Studies in the Department of Near Eastern and Judaic Studies at Brandeis University, in his research on the Jewish “exile” and “diaspora” by looking at female perspectives on these concepts. For her research, Ryb will look at how cultural ideas and stereotypes of the Jewish mother have served to reinforce matrilineality in the contemporary American context. Ryb, who has grown up surrounded by various Jewish traditions, appreciates the inclusivity of HBI and looks forward to contributing her multidimensional perspective to the intellectual work being done at HBI. 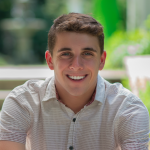 Alec Weiker (he/him/his) is a rising sophomore at Georgetown University studying Culture and Politics with a minor in Chinese. He is also interested in journalism and writes for two newspapers on campus. This summer, he will be assisting HBI Assistant Director, Amy Powell, on HBI’s Fresh Ideas Blog. He looks forward to the opportunity to talk with and interview the academics who are working with HBI to conduct groundbreaking research. For his independent project, he will be conducting research on the phenomenon of the dybbuk in Eastern Europe and its relationship to gender and sexual difference in Yiddish culture. Weiker hopes that looking at folklore and tales can reveal things about those who wrote and passed them on that more commonly written texts cannot. Overall, he looks forward to exploring his interests in gender and Jewish studies, and the opportunity to learn from both the scholars and other interns at HBI.

The Gilda Slifka HBI Summer Internship is supported by a generous gift from Gilda Slifka.