A former student at the École normale supérieure (Ulm) and an agrégée de lettres modernes, Clémentine Fauré-Bellaïche holds a Ph.D. in French Literature from Yale University. She is an assistant professor in French and Francophone Studies at Brandeis, where she specializes in 20th- and 21st-century French and Francophone literature. She is currently writing a book entitled “A ‘Protestant Air’ — André Gide, Jean-Paul Sartre, Roland Barthes and the Religion of Literary Modernism.”

Expertise: Modern and contemporary French and Francophone culture, religion and literary modernity, history and theory of the novel, vision and visual culture in 19th-20th century France

Professor Freeze earned his PhD from Columbia University in 1972, and is the Victor and Gwendolyn Beinfield Professor of History at Brandeis. His primary teaching interest is modern Russian history, with a particular focus on religious and social history. His current research focuses on the subject, “Church and Society in Imperial Russia, 1750-1914.” This focus has produced a number of ancillary essays and will culminate in a two-volume study based primarily on research in an array of central and provincial archives. 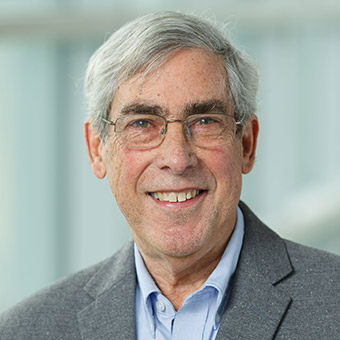 Richard Gaskins is the Proskauer Chair in Law and Social Welfare at Brandeis. His expertise lies in the fields of comparative law and social welfare, global justice, human rights, economic philosophies and legal argumentation. Professor Gaskins also serves as the director of the legal studies program.

Lucy Goodhart studies comparative and international political economy, analyzing the domestic politics of trade protection and coalition policy-making. Prior to coming to Brandeis, Goodhart was at Columbia University where she taught European Union politics and attitudes to the welfare state, as well as statistics for political scientists. Her research has appeared in International Studies Quarterly, the Quarterly Journal of Political Science and the Review of International Political Economy.

Professor Jankowski is the Raymond Ginger Professor of History. He teaches the history of modern Europe with a focus on France and the history of wars and warfare in Europe since the Middle Ages, especially those of the 20th century. His most recent publication is “Verdun Myths,” in World War One Illustrated.

A specialist in the Chinese economy, Professor Jefferson’s research interests include economic development and the economics of innovation, with special focus on the Chinese economy. He has published extensively, often with research colleagues in China, on topics including industrial productivity growth, enterprise restructuring, R&D and patenting, FDI spillovers and China’s research institute sector. He is a current or recent editor and advisor to several journals, including Chinese Economic Review, Journal of Asian Studies, Journal of Contemporary China, Journal of Chinese Entrepreneurship, Comparative Economic Studies, and Fudan University Journal of the Humanities and Social sciences.

Pascal Menoret is the Renée and Lester Crown Professor of Modern Middle East Studies. An ethnographer and historian, Dr. Menoret conducted four years of fieldwork in Saudi Arabia and has lived in Yemen, Egypt and the United Arab Emirates. He earned his Ph.D. from the University of Paris 1 and was a postdoctoral fellow at both Princeton University and Harvard University. He previously taught Middle East Studies at New York University Abu Dhabi and philosophy in three French high schools. Dr. Menoret’s most recent publication is “Learning from Riyadh: Automobility, Joyriding and Politics,” in Comparative Studies of South Asia, Africa and the Middle East.

Hannah Weiss Muller is a historian of Britain and the British Empire, with particular interests in the long 18th century and the intersections of law, monarchy, identity and subjecthood. She teaches courses on early modern and modern Britain, the British Empire, Modern Europe, Global Wars and Revolutions, and Britain and South Asia. Muller’s current project is entitled “Forging the Laws of Subjecthood after 1763,” forthcoming in Envisioning Empire: The New British World, 1763-1773, ed. Robert Olwell and James Vaughan.

Expertise: Britain and the British Empire

Michael Randall’s primary research has been devoted to late medieval and Renaissance culture in France. He has published two books, as well as several articles, on subjects related to this area of study. He teaches courses in many different areas of French and comparative literature. His courses cover subjects such as literature and politics, literature and urbanism, the relationship of necessity and freedom, the notion of love and comparative political systems in the Francophone world.

Professor Rosenberg’s research interests include critical and post-colonial theory, modernism and modernity, visual art and performance, and legal topics in the arts. Among others, course topics include literature and human rights, culture and social change, national and narration, Latin American global film, and Latin American cultural studies and Hispanic poetry.

Chandler Rosenberger is associate professor of international and global studies and sociology. A historical sociologist specializing in the cultural foundations of politics, Dr. Rosenberger is especially interested in the intellectual roots of political revolutions.

Ellen Schattschneider is a sociocultural anthropologist and associate professor of anthropology and women’s, gender and sexuality studies at Brandeis. She specializes in psychoanalytic, phenomenological and practice approaches to culture. She has strong ethnographic interests in East Asia, especially in Japan. Her most recent publication is “Back into the Light: Water and the INdigenous UNcanny in Northeastern Japan,” forthcoming in Sacred waters: A Cross-Cultural Compendium of Hallowed Springs and Holy Wells, ed. Celeste Ray.

Harleen Singh is associate professor of literature and women’s, gender and sexuality studies. She served as chair of the South Asian studies program from 2007 to 2016. Dr. Singh has published articles on Indian film and novels from India and Pakistan, and reviewed books on hip-hop music, sexuality and feminism. Her most recent publication is “India’s Greatest Heroine: The many lives of Rani Lakshmi Bai, Queen of Jhansi,” forthcoming in Women Warriors and National Heroes: A Global History, ed. Boyd Cothran, Joan Judge and Adrian Shubert.

Pu Wang is assistant professor of Chinese and the Helaine and Alvin Allen Chair in Literature. A comparative literature scholar in training, Dr. Wang’s most recent publication is  "《灵感——烟丝波里纯》(Inspiration—yansibolichun)," in 五四@100：文化、思想、历史》(May Fourth at 100: culture, thought, history), ed. David Wang and Mingwei Song.