The Tauber Institute for the Study of European Jewry 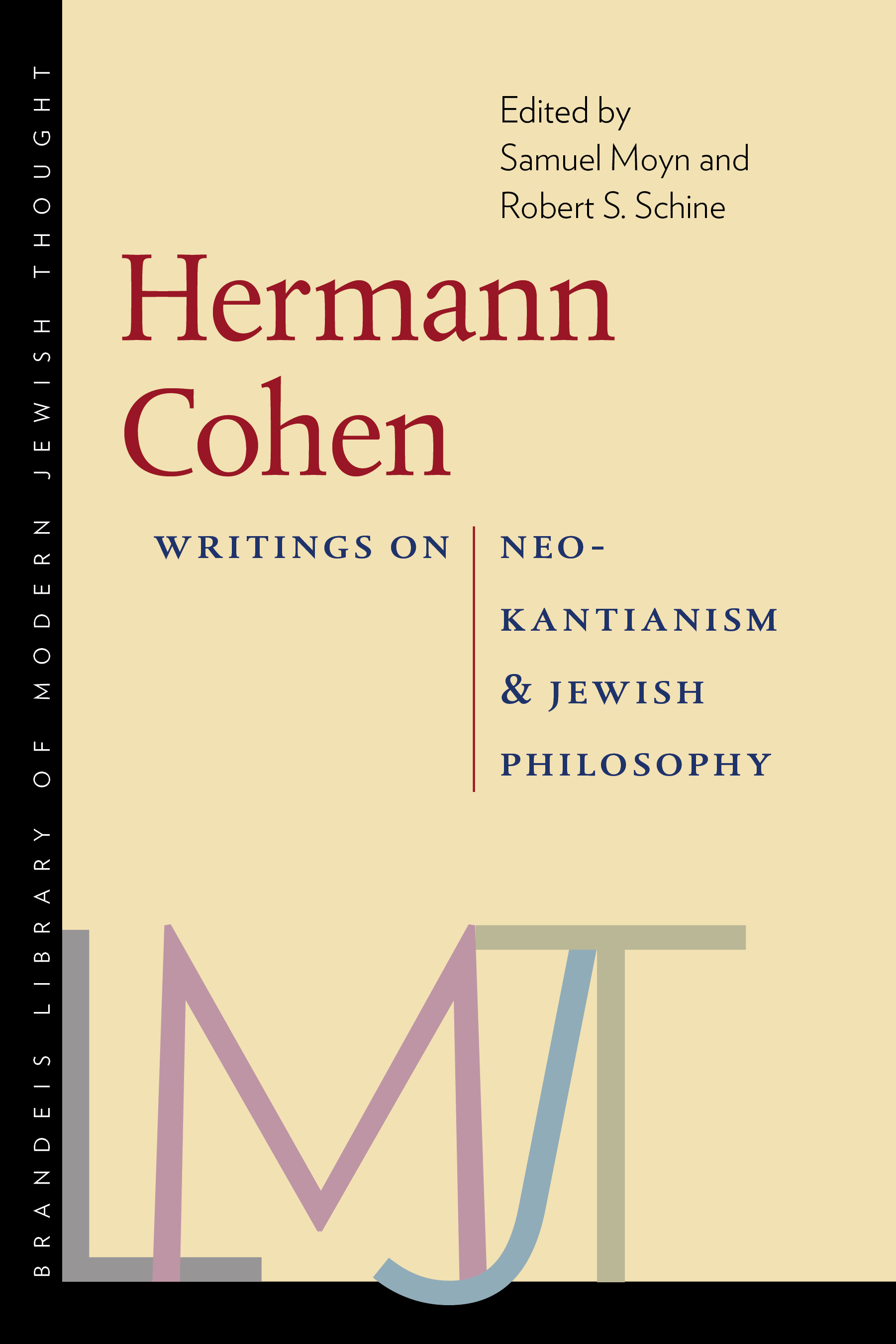 A fresh collection of writings by Hermann Cohen that sheds light on an often overlooked scholar.

Hermann Cohen (1842–1918) was among the most accomplished Jewish philosophers of modern times—if not the single most significant. But his work has not yet received the attention it deserves. This newly translated collection of his writings—most of which are appearing in English for the first time—illuminates his achievements for student readers and rectifies lapses in his intellectual reception by prior generations. It presents chapters from Cohen’s Ethics of Pure Will, selected essays and lectures, conflicting interpretations of Cohen by Franz Rosenzweig and Alexander Altmann, and finally the eulogy to Cohen delivered at graveside by Ernst Cassirer. Containing full annotations and selections that concentrate both on the philosophical core of Cohen’s writings and the politics of interpretation of his work at the time of his death and after, this anthology brings to light Cohen’s central accomplishments.

“This new collection is a great gift for our time. Hermann Cohen was Germany’s great philosopher of Judaism and champion of Kantian ethics at the turn of the 20th century. He drew powerful affinities between Kant’s moral philosophy and Jewish ethics, emphasizing how both point towards perpetual peace. In our divided world today, struggling for a universal ethics, Cohen’s writings offer powerful reasons to hope and strive for a world of peace and wellbeing.” - Jeffrey Sachs, University Professor and Director of the Center for Sustainable Development, Columbia University

"This superb anthology of texts by and about Hermann Cohen shows how confronting his work is indispensable to understanding still-vital controversies about the heritage of Enlightenment philosophy, the compatibility of Judaism and modernity and the challenge it faced with the rise of existentialism and the 'new thinking.' This landmark collection, brilliantly introduced and curated by Samuel Moyn and Robert Schine, is more than a sweeping reappraisal of a thinker who both revived Kant's project and modernized Jewish philosophy. It is a timely invitation--even a compelling summons--to pursue a path all but forgotten and yet of paramount importance for our own times." - Vivian Liska, Director of the Institute of Jewish Studies, University of Antwerp

"It is difficult to overstate the importance of the task undertaken by Moyn and Schine in this book. For the first time ever, key chapters in Ethik des reinen Willens are available in English. This volume also collects and translates major essays by Ernst Cassirer, Franz Rosenzweig, and Alexander Altmann that have done so much to shape Cohen’s reception in the twentieth and twenty-first centuries. With expert introductions and annotations, this book will be a landmark event in discussions of Cohen in the English-speaking world." - Robert Erlewine, Isaac Funk Professor, Illinois Wesleyan University

"This is the most comprehensive collection of Hermann Cohen’s writings currently available in English. Cohen’s Introduction to the Ethics of Pure Will is a gem in its own right. It brilliantly testifies to the enduring importance of Cohen’s ethics in its relation to religion and to law. The volume also features articles of Cohen on Kant and on the significance of Judaism for the progress of Religion. Cohen’s legacy is attested by Ernst Cassirer in the first place, but also by Franz Rosenzweig, whose famous Introduction to Cohen’s Jewish Writings appears here in full: a translation was long overdue. The volume will undoubtedly become an essential resource for those interested in 19th and 20th c. philosophy – and in modern Jewish thought." - Myriam Bienenstock, Université de Tours

Samuel Moyn is the Henry R. Luce Professor of Jurisprudence at Yale Law School and professor of history at Yale University. He is the author of numerous books, including Not Enough: Human Rights in an Unequal World and A Holocaust Controversy: The Treblinka Affair in Postwar France.

Robert S. Schine is the Curt C. and Else Silberman Professor of Jewish Studies at Middlebury College. He is the author most recently of Hermann Cohen: “Spinoza on State and Religion, Judaism and Christianity,” an annotated translation, with introduction, of Cohen’s 1915 essay.