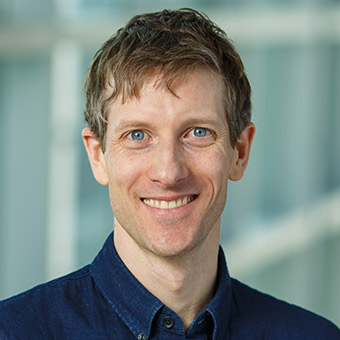 Regulation of Protein Phosphatases and the Evolution of Cellular Signaling

Phosphatases and kinases integrate diverse cellular and environmental cues to precisely and rapidly tune the activity of target proteins by controlling their phosphorylation state. We use genetics, cell biology, enzymology and structural biology to determine how protein phosphatases achieve regulation, specificity, and evolutionary flexibility.

The PP2C family of protein serine/threonine phosphatases is widespread (found throughout the bacterial, plant, and animal kingdoms), highly diversified (some species of bacteria and plants have more than 50 and humans have 20), and has broad impact on biology (controlling diverse processes including stress responses, development, and cell growth and death).

How are phosphatases regulated?

To accomplish their diverse functions, PP2C phosphatases have divergent cis-regulatory domains that receive cellular signals and control phosphatase activity. I discovered a conserved switch within the PP2C phosphatase domain that controls activity by recruiting a divalent metal cofactor in response to regulatory domain movement. A major future goal is to understand how this switch is exploited by diverse phosphatases to respond to different signals and execute crucial biological decisions.

What do phosphatases sense?

The most widespread role of PP2C phosphatases is control of the general stress response in bacteria, which is important for virulence, antibiotic resistance, and persistence. However, the signals phosphatases directly sense to initiate the general stress response are virtually unknown. PP2C phosphatases in humans and other metazoans similarly regulate critical cellular decisions in response to largely unidentified signals. We pursue identification of such signals by a combined genetic and biochemical strategy. The signals an organism uses to detect stress indicate what is important for survival of that organism in the environment and within communities. These signals will also suggest targets for species-specific antimicrobials and other targeted therapies.

How do phosphatases achieve specificity?

PP2C phosphatases are highly substrate specific, which is critical to their biological functions. In contrast to kinases, which have a substrate-binding pocket, the phosphatase active site is exposed on the surface of the protein. How this exposed active site is restricted to acting on cognate substrates is unknown. I hypothesize that the regulatory switch facilitates substrate discrimination by integrating binding of cognate substrate with activation by regulatory inputs.

How have phosphatases evolved and diversified?