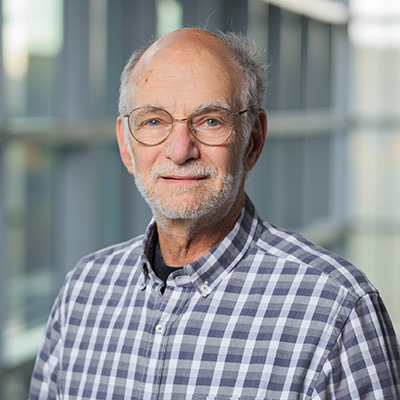 We began our studies of Drosophila circadian rhythms almost 30 years ago, as a collaboration between my lab and that of my friend and Brandeis colleague Jeff Hall. Our more short-term goal at that time was to clone the period locus, and our more long-term goal was to define the machinery that underlies the almost ubiquitous process of circadian rhythmicity. Our entrée into this problem was the period gene (per) of Drosophila melanogaster, discovered more than 10 years earlier in pioneering behavioral genetic experiments by Ronald Konopka and Seymour Benzer. Our cloning and gene rescue efforts were published in 1984, but it wasn’t until 1990 that some mechanistic understanding of circadian rhythmicity was achieved. Paul Hardin, a post-doc in my lab, discovered that per mRNA as well as its encoded protein (PER) undergoes fluctuations in level during the circadian cycle. These observations and others indicated that PER is important for a negative-feedback loop of gene expression and that transcription of the per gene itself is affected. As PER was shown to be nuclear, we proposed that it rather directly inhibits the transcription of its own mRNA. Temporally controlled negative feedback at the transcriptional level is now an accepted feature of circadian timekeeping in mammals, plants, Neurospora, and even cyanobacteria. Moreover, PER as well as the many other clock components defined genetically over the past 1015 years are largely conserved and perform similar functions in the mammalian clock. This indicates that the machinery as well as the principles of the Drosophila clock is widely conserved in animals.

We are also using high-throughput sequencing to address old as well as new circadian issues. For example, how extensive are mRNA circadian oscillations in fly heads? This question has been addressed in many labs with Affymetrix arrays, and we are now using high-throughput sequencing to assess mRNA cycling. This technology is also being used to address how much of this is truly transcriptional in origin, by comparing the mRNA cycling with nascent RNA cycling, as assessed by high throughput sequencing. Another new question is, are there microRNAs (miRNAs) that undergo circadian oscillations in fly heads? The answer is yes, and some of these have impressive cycling amplitudes. This indicates that they must have short half-lives. This has implications for the metabolism or miRNAs, which are usually very stable; it’s not known how their degradation is regulated. The observation also suggests that translational regulation makes important contributions to rhythms. Indeed, recent results show that the abundant miRNA bantam regulates the translation of the important circadian transcription factor CLK, and we have evidence that the cycling miRNAs we have recently identified also impact in a circadian manner the translation of specific target genes of physiological interest. More generally, the circadian regulation of translation is an emerging interest.

Our lab has also focused these past few years on various brain-neuronal aspects of Drosophila rhythms. There are seven anatomically distinct neuronal groups, comprising in total about 75 cells on each side of the adult fly brain; they express high levels of clock genes and usually undergo robust circadian oscillations of clock gene mRNA and protein in synchrony. One neuronal group, the small ventral-lateral neurons (s-LNvs), controls the characteristic morning activity peak of the insect activity pattern, and another controls the evening peak. In addition, the morning group is the master pacemaker in constant darkness. We are interested in generating a more sophisticated view of how these circadian neurons interact with each other and what is the relationship between the gene expression machinery and neuronal firing. For example, do the morning cells fire at a different time than the evening cells, or is the distinction between the two cell groups made at the level of output gene expression? Although the core clock genes are highly enriched in all brain circadian neurons, many mRNAs appear to be enriched in a circadian neuron-specific manner. As noted above, this distinction may provide a link to the distinct functions of different neuronal subgroups. mRNAs differentially expressed within specific neuron subsets should also provide invaluable tools for manipulating specific circadian neurons without affecting others. We are therefore interested in extending neuronal profiling, both to other neuronal groups within the fly brain and to high throughput sequencing analysis.

A related interest is how gene expression responds to different environmental stimuli, and the one of most interest currently is light. In addition to an important and general role in circadian entrainment and phase resetting, light appears to have specific effects on different circadian neuronal subsets: for example, one set of circadian neurons is directly light-sensitive to lights-on (dawn), whereas another appears light-sensitive to lights-off (dusk). Intriguingly, the dawn cells are arousal cells, whereas the lights-off cells appear to promote sleep, as one might expect for a diurnal animal. Sleep is yet another area of interest, and we are trying to identify additional groups of brain neurons with a major impact on sleep. Current results focus attention outside of the circadian network. By combining these different sleep-relevant neuronal groups with different in vivo approaches to manipulate neuronal function, we are trying to gain insight into the circuitry and rules that underlie sleep regulation.

Lastly, high-throughput sequencing is being used to address the issue of splicing and post-transcriptional regulation more generally. For example, we have been interested for many years in the extent to which splicing takes place prior to 3'-end formation. Although we have traditionally studied this question in yeast, we are now addressing it in Drosophila. To this end, we are trying to measure at a genomic level how much nascent splicing takes place, by sequencing nascent RNA of Drosophila tissue culture cells. Are there some general rules, and are there then exceptional genes? We are using similar approaches to address the circadian regulation of splicing in flies: how much nascent splicing takes place in flies, and is there a relationship to circadian rhythms and alternate splicing? We are currently in a descriptive phase but hope to move on shortly to more mechanistic questions: for example, how does the circadian regulation of splicing take place, and do any of these splicing events make a contribution to core circadian timekeeping? Are there other aspects of post-transcriptional regulation under circadian control?